DIOGO MORGADO IN BRAZIL, AS THE MAIN CHARACTER OF "O MATADOR", A PROJECT OF MARCELO GALVÃO, THE FIRST ORIGINAL BRAZILIAN MOVIE TO DEBUT IN NETFLIX 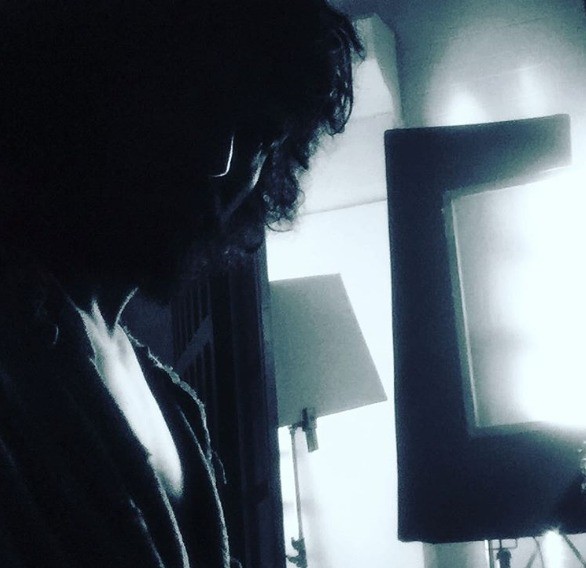 Diogo Morgado scared his fans on social networks with his new look: rustic beard, eyebrow raised, conspicuous look and gray sweater to match his scary face, as he threw us a regard entirely dissimilar of an undercover police, or a rude villain, or perhaps a member of a gang (who knows?), the truth is that Diogo is different and surprised us ... again!

But all for a good reason; the secret has been revealed and it`s no longer unknown!

Diogo that has just finished the shootings of his first feature film as a director “Malapata“, in Faro, flew to Brazil to dive into a new venture; his appearance is the antithesis of all that the actor has shown us to date: “O Matador “, directed by the filmmaker Marcelo Galvão (an awarded and recognizable name in the filmmaker industry) will be the first Brazilian original feature film to be broadcast on Netflix all across the world.

This time around, perhaps, Diogo will embrace his greatest transformation ever, so it seems, regarding the amazing photos that Morgado has been posting on his social networks; When the photos first appeared all could be summed up into a big mystery: Diogo always attempt to maintain us imprisioned to him by misty clues that we are unable to solve till he reveal the project.

This time was Netflix to announce the big news.

He grew his hair, that surprisingly is completely disheveled, his beard is totally rough and Diogo almost unrecognizable: his role requires that from him and the actor just decided to sink (like that time that he thrown himself from a cliff) into this obscure character with dirty nails, a rinse look, cowboy boots, knife in his hands and a malevolent psychic.

Our beloved actor will be the main character of this huge project to be broadcast by Netflix, altogether with the Portuguese actress Maria de Medeiros (known for many international films and currently living in Paris) and other international actors like Etienne Chicot (a living legend of the French culture and my unforgettable Zéro Janvier of the opera rock Starmania) and Will Roberts (expert in westerns).

The film, directed by award-winning and multifaceted producer Marcelo Galvão, is a Western placed in Northeastern Brazil, to be more specific, in Pernambuco, with lots of action and a wave of violence with some little glimpses of Quentin Tarantino movies, as Galvão told us in 2014, since the project remount at that time already, when the acclaimed singer “Seu Jorge“ was casted for the role of the feared bouty hunter and even would participate in the film as co-producer. 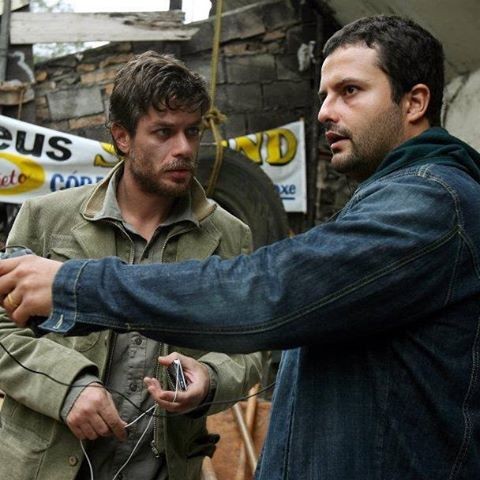 The director Marcelo Galvão - winner of the best director award at the Gramado Festival, due to the film "The Farewell," a wonderful narrative inspired by his own grandfather, already had promised us in 2015 the exhibition of the "Hunter" - the name originally given to the project - where the artist “ Seu Jorge “ would took over the role of the protagonist in the story, however, now, is Diogo Morgado who replaces him in 2016 and takes the project forward under the wings of the team of Gatacine.

In Galvao film, Diogo will be Shaggy, a feared killer who lived in the late 30`s in the state of Pernambuco. Found, completely abandoned in the woods, Shaggy (Morgado) will be raised by a very violent bandit, an outlaw named Seven Ears (name given to him due to the seven organs that he carries around his neck like a bracelet). The main character of the plot (Morgado) will grow almost like a wild animal, completely isolated from the civilization, learning with his guardian all about the art of hunting, killing and the art of survival!

The disappearance of Seven Ears (Montenegro) will make Shaggy (Diogo) departs in search of his whereabouts until he found civilization, where he will discover an all new world (Recife), a bloody territory controlled by the trade of precious stones, headed by the tyrannical Frenchman Mr. Blanchard (Etienne Chicot), for whom his father worked as a killer.

In 2014, Marcelo Galvao, confessed some similarities with “Django Unchained” and his own ambition of revolutionizing the Brazilian westerns with a more daring approach, something in the the style of Tarantino films, with a lot of shooting, bandits and a heavier cinephile genre, though not as explicit as Quentin savage butchery.

The first time that someone made reference to that character (Shaggy) was in a northeastern eighteenth-century novel, narrated by Franklin Tavora, and that became known as the first novel to narrate the northeastern culture, events and adventures in the world of the outlaws. Franklin Távora brought this novel to the public also based on true events. In the book there are numerous scenes of blood, death and violence that - at the time - were highly censured. Marcelo Galvão was inspired by this mythical character of Shaggy to create his project, tough many things certainly will be adapted and the plot will have partial or minor changes to reshape the narrative.

The film's cast also features names such as Marat Descartes, Nill Marcondes, Maria de Medeiros, Mel Lisboa, (our naive Lolita that made quite an impact in Portuguese television in the beginning of the new millennium as Anita, a young teen that has no shame of showing her burning desire for men’s), Daniela Galli, Thogun Teixeira, Igor Cotrim and Thais Cabral.

Yet, no date is announced for the release of the movie but rumors are pointing for 2017.

At the end of 2015, Diogo Morgado, commented in an interview with RR (Rádio Renascença) that on his next project he would request a drastic transformation, since the Hollywood industry seems to take seriously drastic changes and likes to reward ostensibly those who subjected themselves to strict physical and psychological transformations to embody a new character.

It seems that the actor was not kidding when he said that!

Diogo has been quite eclectic, managing to make a perfect metamorphosis in every role that he grabs; one of its best features, what I call cinematic evolution, is that Morgado proved to be an actor gifted with so many qualities and such an accomplished career: this man has the ability of shaking our world: he can cause us pain with one simple regard, he can make us feel his anger at a glance, in a blink of an eye; we can feel his animosity cutting us like a knife.

He is good as a villain and he knows it and is no sin pointing such evil qualities to the man who captivated half word playing Jesus cause despite his rage in some characters that I do appreciate, there`s a lot of love in that dark eyes, disguised into those evil characters, like a nightingale into the night.

Now, all we have to do is waiting.

Hopefully we will be able to see in 2017 “The Bouty Hunter“ and finally the release of “Excuse“ and many, many other projects that surely this enigmatic/rational man must have on his sleeve, or kept secretly on the attic; after all we are talking about Diogo Morgado! 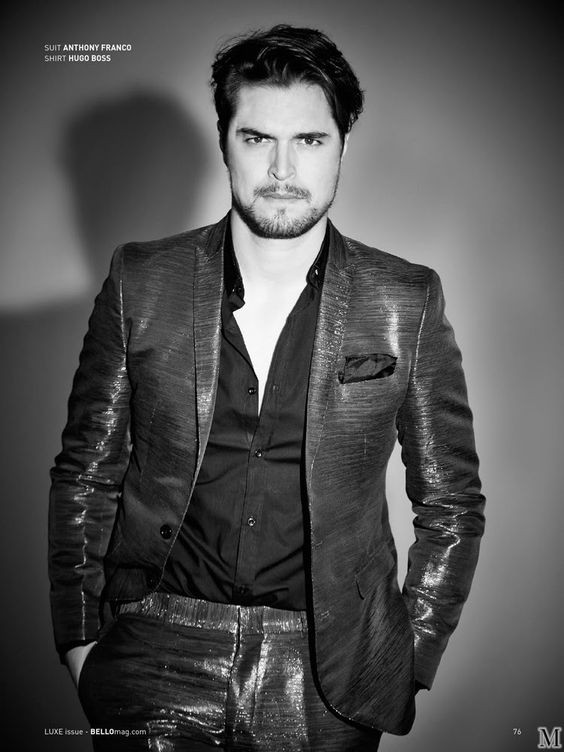 I apologize for the mistakes you might encounter. I not attended the University. And I just finished High School last year.I do not have the skills  needed to venture myself into these waters, I do it because I am determined and I believe in the perseverance of the human being. Most of Diogo fans (Especially American) are people extremely literate, with excellent jobs, tough I hope my information and texts can be useful for those who follows the carrer of this Portuguese actor.
.